An idea that actually sort of worked 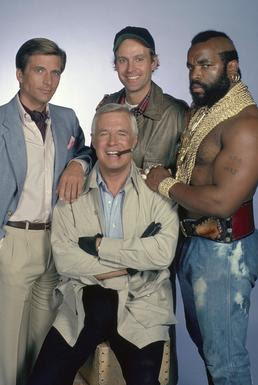 Well, I needed a topsoil screen in the worst way... I am almost there with the trench and had visions of finishing it up this weekend when I ran into an idea. I am, probably, an eighth of a yard of stone short of completing this trench the exact way I wanted to in the beginning. I was going to just throw a bunch of dirt on top of the trench (that is surrounded by landscape fabric) but I got to thinking that there is probably at least an eighth of a yard of stone in the dirt that I dug out to begin this whole process. What I needed was a topsoil screener and, of course, I don't have one. So as I am making my way to the Home Depot I had an idea: drill a bunch of holes with a spade bit into a piece of plywood, place it over the wheelbarrow, and sift the soil through it. OK, I thought, that's cheap and we'll see how good of an idea it is.

Well, I made a u-turn and found a piece of plywood that was the exact width and length I needed to make this work. I then drilled 1/2" holes in it (in a semi-regular pattern) and tried to use it. Well, the soil was a bit wet and the holes were getting clogged too easily. I then opted for 3/4" holes and that worked a whole lot better. Not perfect mind you, but definitely better. I think that if the soil were dryer I would have had more success.

We are in for numerous sunny days in a row here so I think that I may just have the right conditions to make this work. I washed off the stone that I did end up getting out of the soil and placed it on top of the landscape-fabric covered trench and was encouraged that I would, indeed, have enough. Like Hannibal Smith I also love it when a plan comes together, but I will celebrate even harder when this trench is behind me and it works as designed.

Popular posts from this blog

July 23, 2020
"Man, by the Fall, fell at the same time from his state of innocence and from his dominion over nature. Both of these losses, however, can even in this life, be in some part repaired; the former by religion and faith, the latter by the arts and sciences." - Sir Francis Bacon "These are the days of miracle and wonder..." - Paul Simon ----------------------- Yes, there are times that the natural world outflanks us (Covid-19 anyone?). That is our lot this side of heaven. Yet God has given us great gifts through the arts and sciences to, in some part, restore our dominion over nature: My children have never feared getting polio. One of my son's friends has the heart of another person beating inside of them. Drone ships  in the middle of the ocean  catch nosecones of rockets in big nets when returning (!) to the earth, and serve as  landing pads for spent stages of the same. Autonomous robots deliver packages to people. Fossil fuel consumption is not needed to power
Read more

The Edge Effect and the Divine Nature - Part 1

May 27, 2021
Yo Yo Ma, the famed cellist, initiated a project no known as Silkroad. The concept is a simple, yet profound expression of the creativity of strangers that share a deep connection with one another as expressed in the music they compose and perform. The question, "What will happen when strangers meet?" is answered time and time again as the collision among people of dissimilar backgrounds is felt and, as a result, their creativity is heightened to dramatic effect. This concept, this collision, expresses itself in nature as well in a concept known as the "edge effect". The edge effect is seen when two distinct ecosystems meet. Within that meeting there is a transition space (for lack of a better term) that houses a plethora of species of flora and fauna that is not seen in either one of the individual ecosystems. In fact, the amount and diversity of species within the edge of the two ecosystems is greater in number and variety than within the single ecosystems that no
Read more

July 17, 2020
One of my favorite shows of all time has to be Amazing Stories which I started watching in the 1980's. I have been watching the reboot of the series on AppleTV+ and just finished the fourth episode. Towards the end of the story one of the characters remarks that some dancers she had been watching with her daughter were "so connected yet so free". That phrase struck me. I would think that freedom and connectedness were antithetical to each other. But, as a Christian, this rings true because it describes my position as a son of the earth, son of a man, and a son of God perfectly. As a human, absolute and total freedom from every burden is never to be my lot. Even thinking about what I am constrained to do I find myself in servitude more often than not. I need to eat. I need to drink. I need to sleep. I need to do a lot of things while I am in my earthly body. I am a slave to those physical acts. Now I can choose to free myself from them. There have been plenty of people tha
Read more